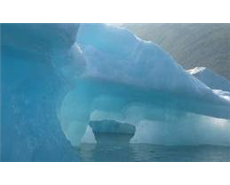 Research has identified, for the first time, how global warming is related to the amount of carbon emitted. A team of researchers from the universities of Southampton, Bristol and Liverpool have derived the first theoretical equation Read More

Chemists and engineers at Oregon State Universityhave discovered a fascinating new way to take some of the atmospheric carbon dioxide that’s causing the greenhouse effect and use it to make an advanced, high-value material for use in energy storage products. Read More

In a major breakthrough, scientists have for the first time made synthetic enzymes – the vital ingredients needed for life – from artificial genetic material that does not exist outside the laboratory. The milestone could soon lead to new ways of developing drugs and medical treatments. Read More

New method to sniff toxic gases from a distance

Scientists have developed a way to sniff out tiny amounts of toxic gases – a whiff of nerve gas, for example, or a hint of a chemical spill – from up to one kilometer away. Read More 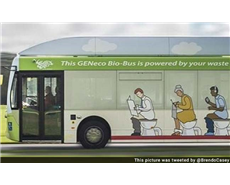 The UK’s first bus powered entirely by human and food waste has gone into service between Bristol and Bath. Engineers believe the bus could provide a sustainable way of fuelling public transport – cutting emissions in polluted towns and cities Read more

Most abundant mineral on earth named as, Bridgmanite

The most abundant mineral on earth that has remained nameless until now will be called Bridgmanite. After a team of American geologists were able to extract a sample large enough to analyze from a meteorite, Bridgmanite was named officially. Read More 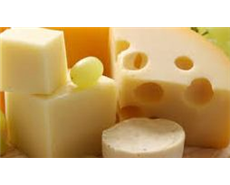 Universitat Politecnica de Valencia (UPV) researchers have developed an edible, antimicrobial film that can increase the lifespan of soft cheese. They have used rosemary and oregano oils, and chitosan for producing the film. Read More

Scientists in Germany have developed a spectroscopy method to measure diabetics’ glucose levels through their skin.When a sample is irradiated with IR light, it produces a temperature increase and when this heat diffuses to a material in contact with the sample, a temperature gradient is created, causing a thermal lens Read more

The spaghetti-like internal structure of most plastics makes it hard for them to cast away heat, but a University of Michiganresearch team has made a plastic blend that does so 10 times better than its conventional counterparts Read More

A pair of researchers from the University of California, Los Angeles (UCLA) Henry Samueli School of Engineering and Applied Science has created the first surface texture that can repel all liquids, no matter what material the surface is made of. Read More

A surface that cools in direct sunlight without a power source has been demonstrated by US researchers. The team is now developing it with an eye to creating zero-carbon air conditioning and refrigeration that doesn’t need an electricity supply Read More 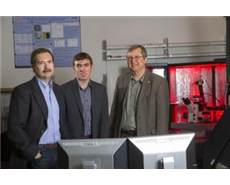 Blueberries are not only known for promoting heart health, better memory and digestion, but also for improving night vision. Read more

Human waste may have a new use: sending NASA spacecraft from the moon back to Earth. Until now, the waste has been collected to burn up on re-entry. Read More