An Ultimate Guide on Diamond 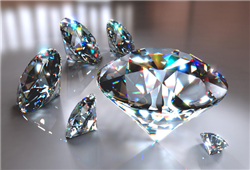 History and Etymology: In 4th century BC, diamonds were first discovered and mined in India. Diamondin India had been known for at least 3000 years but 6000 years most likely. Diamonds popularity got increased since 19th century after its increase in supply, improved polishing and cutting techniques. French scientist Antoine Lavoisier in 1772 showed that the only product of the combustion of Diamond is Carbon dioxides, hence proving that diamond compose of only carbon.  Read More 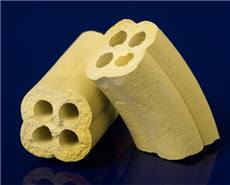 BASF SE has introduced a new sulphuric acid catalyst O4?115 Quattro into the market. The new, cesium-based catalyst is unique due to its geometrical shape – a combination of four strands – leading to a 30 percent greater catalytic surface area compared to conventional sulphuric acid catalysts. For sulphuric acid producers, this translates into higher conversion in the catalyst bed, reduction of SO2 emissions, and improved performance in plants with limited catalyst volumes. Additionally, the O4-115 Quattro features enhanced physical and mechanical properties. Read More
Scientists find key chemical that gave rise to life on Earth

Chemists at The Scripps Research Institute (TSRI) have found a compound that may have been a crucial factor in the origins of life on Earth. Origins-of-life researchers have hypothesized that a chemical reaction called phosphorylation may have been crucial for the assembly of three key ingredients in early life forms: short strands of nucleotides to store genetic information, short chains of amino acids (peptides) to do the main work of cells, and lipids to form encapsulating structures such as cell walls. Read More 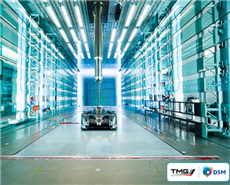 Royal DSM NV has signed a ‘One DSM’ framework technology partnership agreement with Toyota Motorsport GmbH (TMG). The agreement involves all DSM businesses active in supplying materials and technology to the automotive sector – engineering plastics, Dyneema (ultrahigh molecular weight polyethylene fibre), and 3D printing including Somos for stereolithography (SLA), and other technologies like fused filament fabrication (FFF). Under the non-exclusive agreement, DSM will have the opportunity to act as TMG’s preferred material and product provider. Read More