Imagine that instead of switching on a lamp when it gets dark, you could read by the light of a glowing plant on your desk.MIT engineers have taken a critical first step toward making that vision a reality. By embedding specialized nanoparticles into the leaves of a watercress plant, they induced the plants to give off dim light for nearly four hours. They believe that, with further optimization, such plants will one day be bright enough to illuminate a workspace.This technology could also be used to provide low-intensity indoor lighting, or to transform trees into self-powered streetlights, the researchers said. Read More

Plants, animals in northeast use chemicals to interact

In a unique scientific exercise centred on northeast India, researchers have started investigations into how animals and plants in nature communicate using chemicals in the biodiversity-rich region.Researchers from seven institutes in northeast and three in Bengaluru are partnering under the aegis of the Chemical Ecology Network Programme funded by the Department of Biotechnology (DBT).The programme titled ‘Chemical Ecology of the Northeast Region (NER) of India’ is a collaborative program linking the NER and Bengaluru researchers, a statement said. Read More

Precious metals, also known as noble metals, are metals which are inactive toward chemical reaction and are chemically highly stable. Gold, palladium, platinum, rhodium, and silver are some of the examples of precious metals. Precious metal catalysts are those which consist of highly dispersed nano-scale precious metal particles supported on a high surface area such as carbon, silica and alumina, according to a report by Transparency Market Research.These catalysts have several applications in a variety of industries such as refinery, petrochemicals, polymer, chemicals, pharmaceuticals, automotive and environmental. Read More 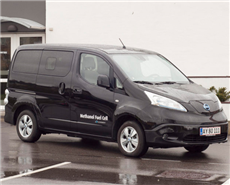 Indian government’s premier policy-making body, Niti Aayog, has firmed up a hybrid vehicle policy that challenges the electric vehicle mission that’s being pursued aggressively, pitching methanol as a better alternative for the country.The Aayog has reasoned that electric vehicles are neither cost-effective nor sustainable. Methanol-based hybrid vehicles, it proposes, would run on electricity that would be generated on board from the chemical. This would not put additional pressure on electricity demand in the country. Read More