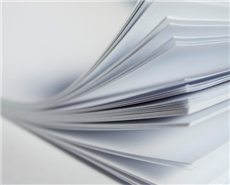 Venator Materials PLC (VNTR) has reached an agreement to purchase the European paper laminates business (the 8120 Grade) from Tronox Limited (Tronox). In connection with the acquisition, Tronox will supply the 8120 Grade to Venator under a transitional supply agreement until the transfer of the manufacturing of the 8120 Grade to Venator’s Greatham, UK, facility has been complete. Separately, Venator and Tronox have entered into an agreement to engage in exclusive negotiations until 29 September 2018, regarding the purchase of the Ashtabula, Ohio, complex by Venator currently owned by The National Titanium Dioxide Company Limited (Cristal) for $1.1 billion. Read more 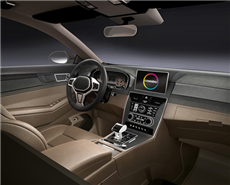 Covestro AG plans to significantly expand its global film production to meet the growing demand in all regions. In particular, capacity expansions are planned at Map Ta Phut, Thailand, Guangzhou, China, South Deerfield, USA, and Dormagen, Germany. The total investment of more than 100 million euros also includes the expansion of the associated infrastructure and logistics. According to current planning, over 100 new jobs will be created worldwide for the operation of the new plants. The high-quality semi-finished products are used in the automotive, medical technology and security card industries, amongst others. Read more

Borealis AG has signed an agreement for the acquisition of 100 percent shares in Ecoplast Kunststoffrecycling GmbH (Ecoplast), an Austrian plastics recycler. Based in Wildon, Austria, Ecoplast processes around 35 000 tonnes of post-consumer plastic waste from households and industrial consumers every year, turning them into high-quality LDPE and HDPE recyclates, primarily but not exclusively for the plastic film market.  “It is a logical next step for us to expand our mechanical recycling capabilities, which are key to our sustainability and circular economy efforts. Borealis wants to be a provider for circular economy plastic solutions and we see Ecoplast as an important complement to mtm in Germany. Read more

Asia Dyestuff Industry Federation (ADIF) has appointed Janak Mehtaas its next chairman, for a tenure of five years. He was previously president for the Dyestuffs Manufacturers Association of India (DMAI). ADIF is an industry body representing dyestuffs, pigments, optical brighteners and dyes intermediates manufacturers. This announcement marks the establishment of the India chapter for the Federation and coincides with the centenary celebrations of China Dyestuff industry. ADIF also appointed four vice chairmen from DMAI and DMAI’s executive secretary was officially designated as the deputy secretary general for ADIF. Read more