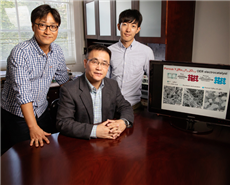 Breaking the bonds between oxygen and hydrogen in water could be a key to the creation of hydrogen in a sustainable manner, but finding an economically viable technique for this has proved difficult. Researchers report a new hydrogen-generating catalyst that clears many of the obstacles – abundance, stability in acid conditions and efficiency. In the journal Angewandte Chemie, researchers from the University of Illinois at Urbana-Champaign reported on an electrocatalytic material made from mixing metal compounds with substance called perchloric acid. Electrolyzers use electricity to break water molecules into oxygen and hydrogen. Read More

Shell Brasil Petroleo Ltda and its bid consortium member Chevron Brasil Oleo & Gas Ltda (Chevron), won a 35-year production sharing contract for the Saturno pre-salt block located off the coast of Brazil in the Santos Basin. Shell will pay its share of the total signing bonus for the block, equating to approximately $390 million [R$ 1,562 billion]. With the addition of the Saturno block (Shell 50% operating, Chevron 50%) won at the Fifth Pre-Salt Bid Round, Shell increases its total net acreage off the coast of Brazil to approximately 2.7 million acres. Shell will engage with Chevron to define specific plans for exploration drilling in the area won. Shell is a major oil and gas producer in Brazil with a clear strategy to continue developing an industry-leading portfolio of pre-salt acreage. Read More 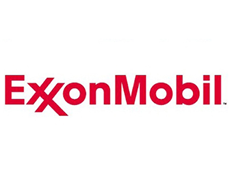 ExxonMobil has increased its holdings in Brazil’s pre-salt basins after it won the Tita exploration block with co-venturer Qatar Petroleum during Brazil’s 5th pre-salt bid round. The block awarded added more than 71,500 net acres to the ExxonMobil portfolio, expanding the company’s total position in the country to approximately 2.3 million net acres. Equity interest in the block will be 64 percent for ExxonMobil and 36 percent for Qatar Petroleum. ExxonMobil will be the operator. Through the remainder of 2018 and into 2019, ExxonMobil will continue to obtain 3-D seismic coverage, as well as continue to progress work on regulatory requirements for exploration drilling by 2020. Read More